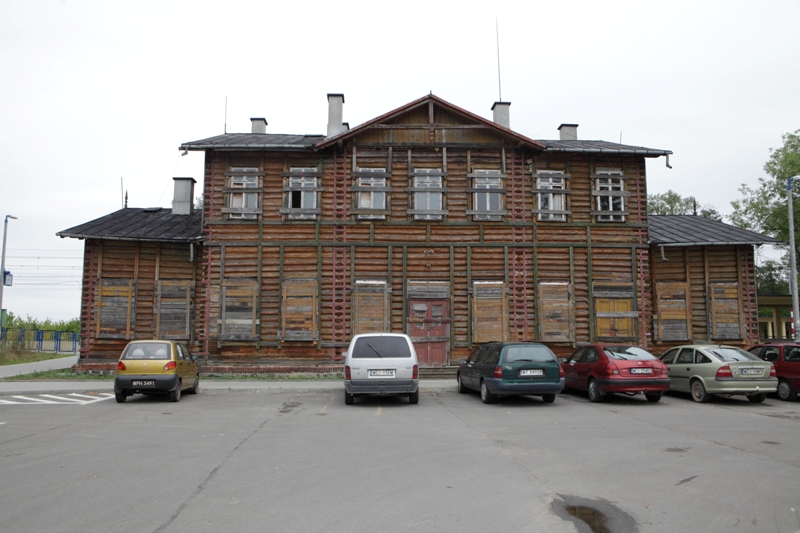 Gasocin – train station in Gasocin, Mazovia Region, Poland.
Gasocin was called railway settlement as a Vistula railine went through it. It went from Warsaw through Ciechanow (Gasocin was on the route), Mlawa and further to East Prussia. The building of the train station was erected in 1877, just off the tracks. Wooden building inspired by Russian 19th century architecture started to draw people’s attention. The word spread so far that many famous people of Polish literature, like: Bolesław Prus, Maria Dąbrowska, Stefan Żeromski, Henryk Sienkiewicz came to Gasocin to see such a grand facility.
Gasocin station was pictured as Cisy Spa train station in Dr Judym motion picture. We can see there some shots of the tracks and the village, also the interior of the station where a typical station bar was opened in 1975.
Now, the building of historic train station is being modernized.