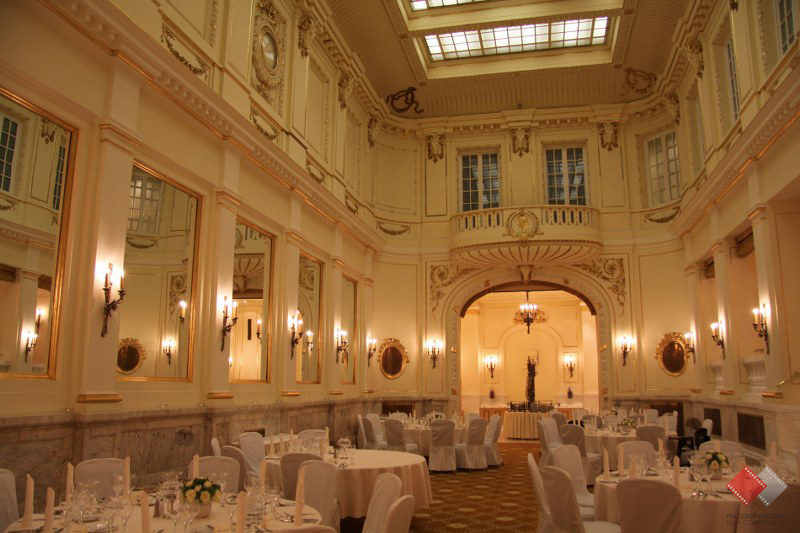 Hotel Polonia Palace – four star hotel in Downtown Warsaw in Aleje Jerozolimskie 45 (formerly Jerozolimskie 39) corner of Poznanska Street.
It is the second – after Bristol – oldest hotel in Warsaw. together with Metropol and MDM Hotels it belongs to the Hotele Warszawskie Syrena company.
One of the oldest in town – Polonia Palace Hotel was officially opened 14th July 1913. It was an investement of 1100000 rubles of Count Konstanty Przezdziecki, who managed it until 1939. Before that the family had managed Europejski Hotel in Warsaw, built by is grandfather – Aleksander. The name is not an accident – Poland was at the time still under partitions, so such a strong patriotic act in the heart of Warsaw was very "encouraging".
Project of the hotel was work of two architects: Jozef Holewinski and Juliusz Nagorski. It was built by a company of engineer Stanisław Puk. Afte Viena- style, art nouveau Bristol, it was the first building almost "taken from" Paris, to begin with the mansander roof, to Ludovique – style furniture in the restaurant served by French waiters. Moreover, hotel offered such novelties as hot and cold water and a telephone in all 160 rooms.