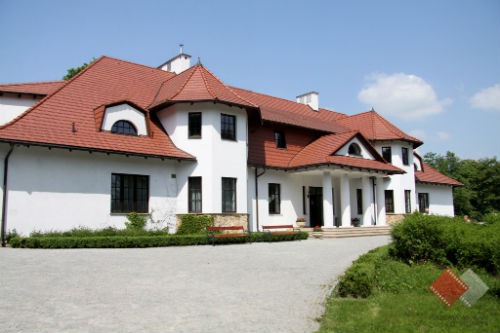 Museum of Romanticism in Opinogora was opened 20th May 1961 for the 150th anniversary of the Napoleon’s decree returning Opinogora to Krasinski family.
Museum of Romanticism is composed of several objects located in a 22-hectar landscape park  in English style. The oldest buildings: neo-gothic Palace built in 1840’s with a permanent exhibstion devoted to Zygmunt Krasiński; and neo-gothic estate outbuilding with temporary exhibitions. In 2008 a building, based on over 100 – years-old project of Jozef Galezowski, was opened to hold two exhibitions; Polish art from the epoque and "Napoleonian wars 1812-1815".