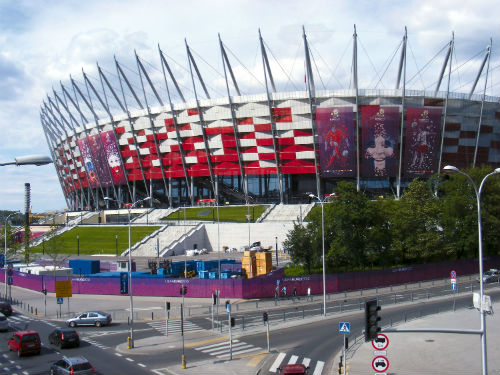 Multi-functional sport stadium in Warsaw, built in 2008-2011 on the spot of the 10th Anniversary Stadium due to the final tournaments of UEFA Euro 212 and opened officialny in January 2012. The stadium is cattegory 4 of the UEFA classification (highest). On rwo-story tribunes there are 58500 seats, including 4600 seats of higher standards and 69 boxes. The stadium is used for sport games, concerts and other cultural events.
Fasade of the building is reflecting Polish national colours and reminds the white and red flag. It is made in silver and red.