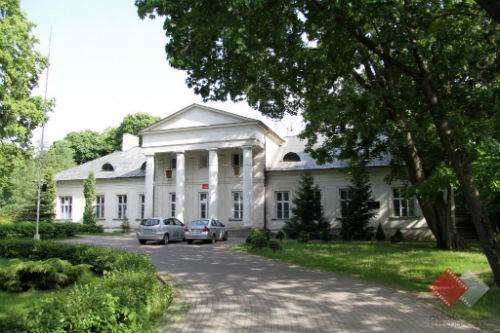 Classical Palace built 18/19th century (redecorated in mid-19th century) currently an orphanage. The Palace was built before 1841. The palace is surrunded with a vintage park with some interesting old trees. There is a driveway with oval flowerbed that leads to the palace. Next to the palace there are back-premises built in the latter half of 18th century, devastated during WWII, later rebuilt to be used for dormitories for the orphans.