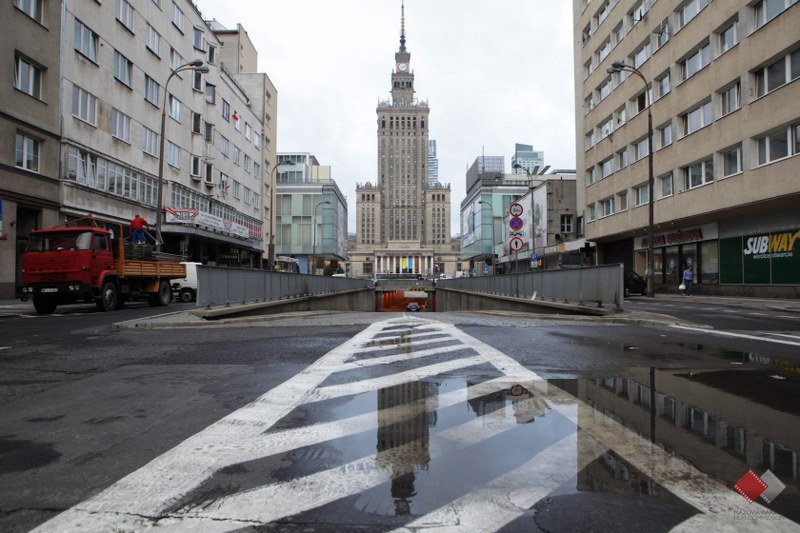 Zlota Street – one of Downtown and Wola sreets, Warsaw.<br>The Street starts at the crossing of Jasna, Zgoda and Przeskok Street. After 180 m to the west the street enters Marszalkowska Street.   It is also possible to cross that street in a tunnel and enter Defilad Square, which cuts the street in two. The other part of the stret begins from Emilii Plater Street. It is cut after 270m by Jana Pawła II. It continues for 400 meters from that spot and then finishes on the crossing with Twarda and Zelazna Street. It has one lane both ways.