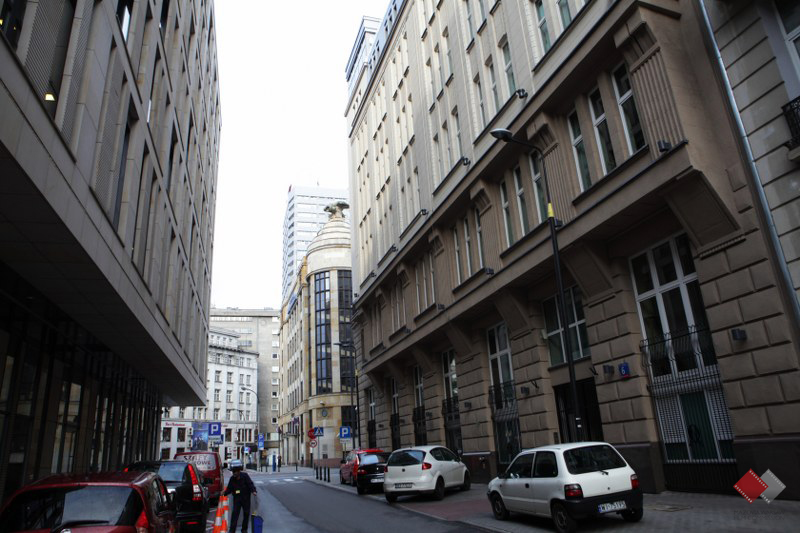 Gabriel Boduen Street in Warsaw – one of the streets in the very center of Warsaw, joining Szpitalna and Zgoda Streets.
Bouden Street was constructed in 1902, due to divisiion of area that previously belonged to Foundlings Hospital of Baby Jesus. The name, officialy given !st January 1903 commemorates the founder of the hospital – Priest Gabriel Bouden.
First building of the street was erected as soon as 1905, and it was the house of Fire Protection Insurance Company, at number 3/5, on the corner of Jasna Street, designed by Wladyslaw Marconi. Lewenfish house was built more or less at the same time – the office of the "Zgoda" Central Loan and Savings Office. The Authors of the design were Leon Wolski and Senon Binduchowski.
The only building that survived until today is the tenant house designed by Maksymilian Seidenbeuthel, built before 1912 in modern style. It used to be famous for beautiful tops of side breakings, but it was rebuilt after war without the ornaments.
The survived part of the street – Bank of the Co-Operative Associations called "Dom pod Orlami" and another house of Maksymilian Seidenbeuthel are now a part of Jasna Street.